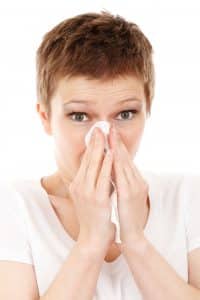 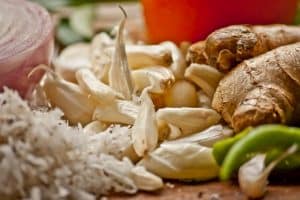 Here are some natural homemade remedies that can help reduce your symptoms:

Garlic is highly anti-inflammatory, anti-bacterial and anti-viral. It boosts the immune system and is useful for blocking the causes of hay-fever, simply because it provides strength for your body.

Horseradish is a peppery and pungent root vegetable which acts as a decongestant. It helps in clearing the nasal passages, and therefore great for treating the symptoms of hay fever.

Local honey, when ingested creates  immunity to the allergens, because  local bees visit local plants to gather local pollen, which is the same pollen you are reacting to. 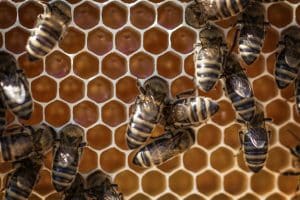 Ginger tea (with raw honey) breaks up congestion in the chest congestion and loosens phlegm. It acts as a natural antihistamine and also strengthens the immune system.

Green tea blocks the production of histamine and builds the immune system.

Licorice tea can help to reduce irritation of the respiratory system.

Apple cider vinegar can be drunk if a diluted (1 part vinegar to 3 parts water) form throughout the day. It is a known to aid in reducing most allergies like pollen, dander, dust, animals food, etc.

Rosemary is known to suppress immunoglobulin responses and inflammation, that can suppress allergic reactions.

Limit dairy products, as these can increase mucus production in the respiratory tract

When out and about, wear wrap around glasses can help protect your eyes from pollen 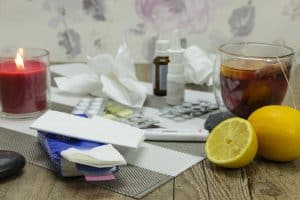 Spring is such a beautiful time of the year, the world is coming to life. With the correct precautionary measures in place, hopefully you will be able to spend time outdoors with family and friends enjoying the rising temperatures and sunshine, instead of viewing it through streaming eyes.