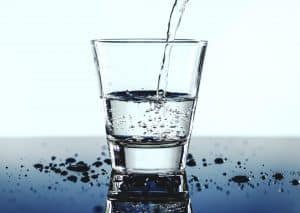 You can’t survive without water. It makes up nearly two-thirds of your body and is essential for you to function properly. Water has a wide range of benefits for your body – everything from removing waste products in urine to lubricating your joints. It can even make your skin look good.

END_OF_DOCUMENT_TOKEN_TO_BE_REPLACED 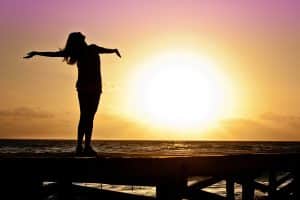 Not only does sunshine make us feel good, but sunshine is vital for our bodies to produce Vitamin D. Did you know that Vitamin D is essential for healthy bones, teeth and muscles?

We need vitamin D to help the body absorb calcium and phosphate from our diet. These minerals are important for healthy bones, teeth and muscles. Vitamin D is also linked to blood sugar regulation. Sunshine is said to lower blood pressure and reduce inflammation. The body creates vitamin D from direct sunlight on the skin when outdoors. According to the NHS, a lack of vitamin D can lead to bone deformities such as rickets in children, and bone pain in adults.

During the spring and summer months, most people should be able to get all the vitamin D they need from sunlight. So this being said, what about the dangers of too much sun? Sun exposure has links to premature skin aging and skin cancer. Sunbeds are no safer. “Over exposure to UV light, either from sun or sunbeds is the main cause of skin cancer,” says Cancer Research UK. END_OF_DOCUMENT_TOKEN_TO_BE_REPLACED 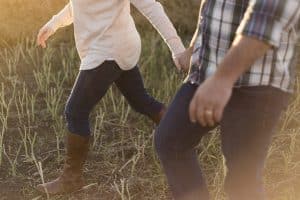 Whether it is a walk in the park, or hike in the hills, enjoy the health benefits of walking and make every step count!

So, whatever the weather, get yourself and your family outdoors to enjoy our beautiful countryside. Not only is walking simple and free, it is also one of the easiest ways to get more active, lose weight (if needed) and become healthier. Walking is ideal for all age groups and all levels of fitness, what a great way to spend some healthy familytime!

According to the NHS, “Regular walking has been shown to reduce the risk of chronic illnesses, such as heart disease, type 2 diabetes, asthma, stroke and some cancers.”

It is recommended by the NHS that you start slowly and try to build your walking regime gradually. To get the best health benefits from walking, it needs to be of moderate-intensity activity. In other words, it needs to be faster than a stroll.

Set yourself a goal and try to walk 10,000 steps a day, if you would like to track this and don’t have a smart watch, there are some fun apps available as a free download.  END_OF_DOCUMENT_TOKEN_TO_BE_REPLACED 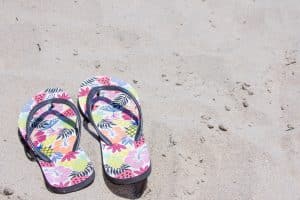 During these summer months most of us ladies love to get our feet into those flip flops. We love to let our feet breathe and show off our painted toes.  Well that all sounds wonderful, and who am I to spoil that, particularly as I love to wear them too!

However it is a growing concern that heel pain is growing among young people ages 15 to 25 years. Some experts and parents cite wearing flip flops daily as the main cause. Flip flop wearers take short strides and turn their ankles inward. Long term ankle and hip problems are a cause for concern. END_OF_DOCUMENT_TOKEN_TO_BE_REPLACED 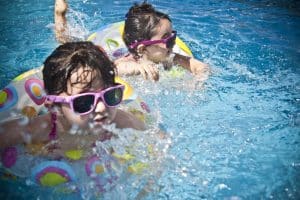 Summer has us looking for the nearest beach or pool to cool down, but did you know that as well as being fun, swimming is a great way to keep fit, stay healthy and make friends. Swimming is a healthy activity that you can continue for a lifetime. It is a low-impact activity that has many physical and mental health benefits.

No matter what your fitness level, there are many general benefits of swimming. A simple half hour of leisure swimming is said to burn 220 calories, in comparison to the 99 calories burnt when walking for the same time period.

Swimming.org has offered us a good reason to take the plunge END_OF_DOCUMENT_TOKEN_TO_BE_REPLACED 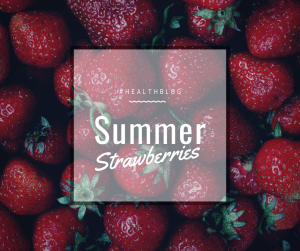 Strawberries are said to be an excellent source of vitamins C and K as well as providing a good dose of fibre, folic acid, manganese and potassium. They also contain significant amounts of phytonutrients and flavanoids which makes strawberries bright red. They have been used throughout history in a medicinal context to help with digestive ailments, teeth whitening and skin irritations. Their fibre and fructose content may help regulate blood sugar levels by slowing digestion. Strawberries are rich in colourful pigments which have a protective effect and are thought to have a number of potential health benefits, including prevention of inflammatory conditions and heart disease. END_OF_DOCUMENT_TOKEN_TO_BE_REPLACED